It has been so busy in the Hours of Fun kitchen we still have lots of cakes to share with you.  Here are three very different cakes made for three birthdays.

First up a cake for a karaoke loving birthday girl celebrating her 80th birthday.  Dressed in a gorgeous gold dress singing her heart out.  The cake topper was made from FIMO (oven baked modelling clay) and came with a box for it to be kept in as a forever keepsake.

The cake was a vanilla sponge with jam and buttercream filling, covered in fondant with wires curled to shoot out the top of the cake with edible stars. 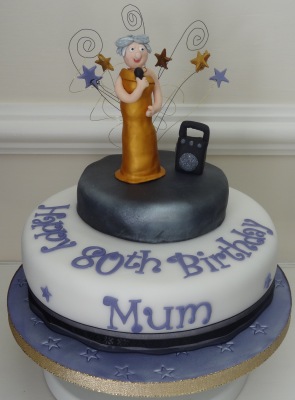 Next up was a special cake for a little girl celebrating her 4th birthday.  This little girl was involved in the designn and after a few changes of theme and flavour it was decided to go for Sofia the First and chocolate sponge with chocolate filling.  Sofia the first and Clover were non-edible cake toppers which the birthday girl could keep and play with after all the cake had been eaten up.

Due to the size of the cake toppers a last minute change to the design was made, which the customer was happy to go with.  As this included a extra tier of cake for no extra charge I did a vanilla sponge as the birthday girl had been torn between the two flavours!  This was an elegant cake for a beautiful birthday girl. 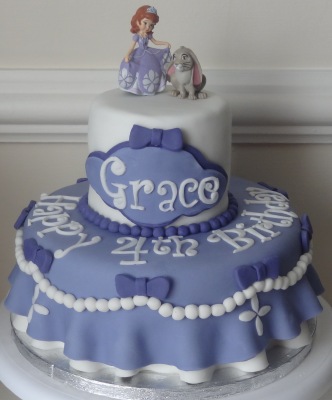 Last up was a cake for a super gorgeous little boy turning 2 and he loves the Twirlywoos and he was getting the big red boat for his birthday.  The cake was a vanilla sponge with jam and buttercream shaped into the big red boat.  I modelled the Twirlywoo characters out of fondant and was super proud that the three quacky ducks perched on top of the boat stayed in place as this is often the challenge when modelling cake toppers from fondant for display on a cake!  I really enjoyed making this cake as it was so colourful and fun. 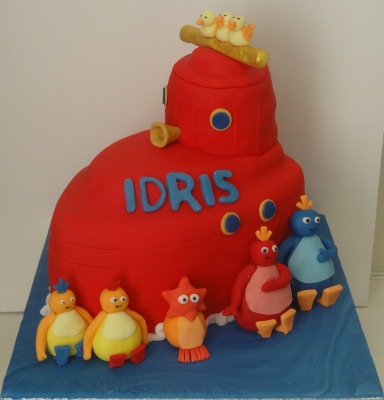